After reading the both texts, I can see some connections between them. For example when the both readings discuss how to capture a better picture by using different kinds of lenses .The first reading is more focused on the used of the camera and lenses. Also the methods and technical languages. For example, they mentioned fast, slow lenses, telephone lenses, prime and zoom lenses. Those are used for particular scenes. When someone may wants to take a closer picture when they stand far away, they can used the prime lenses. Also when they can use a telephoto lenses to capture a narrow and wide moments. It will be a lot easier.
The second reading is about cut works, rules of the six（emotion, story, rhythm, eyetrace, two dimensional screen and three dimensional space) misdirection, seeing around the age of the frame，team work and the decisive moment, and other methods. Those are the most popular technical tools that people used to edit their images. Also when the second text stated : “how tools can determine the effect of the images”, I am totally agreed because tools are very important. They will change the color of the images. The effect will make the images darker or lighter. If I want to capture a moment, I am more likely planning a event first before taking a picture. Also I would like to take a closer pictures with blurry background.
After watching the movie called: “karate Kid”, I realized that they used one of the third rule . When the boy is appeared on the right corner. Also they the unbalanced and balanced compositions to capture the scenes in which the Great Wall and Jackie Chen and the boy were captured from the top angel. They also used shallow depth field to blurry out the background in which the boy’s background looks uncleared.
I will attached the screenshots. 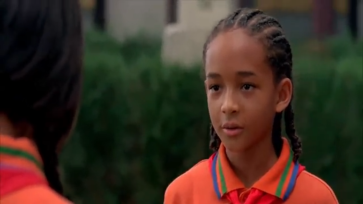 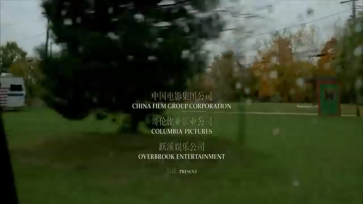 View all posts by angelagao62